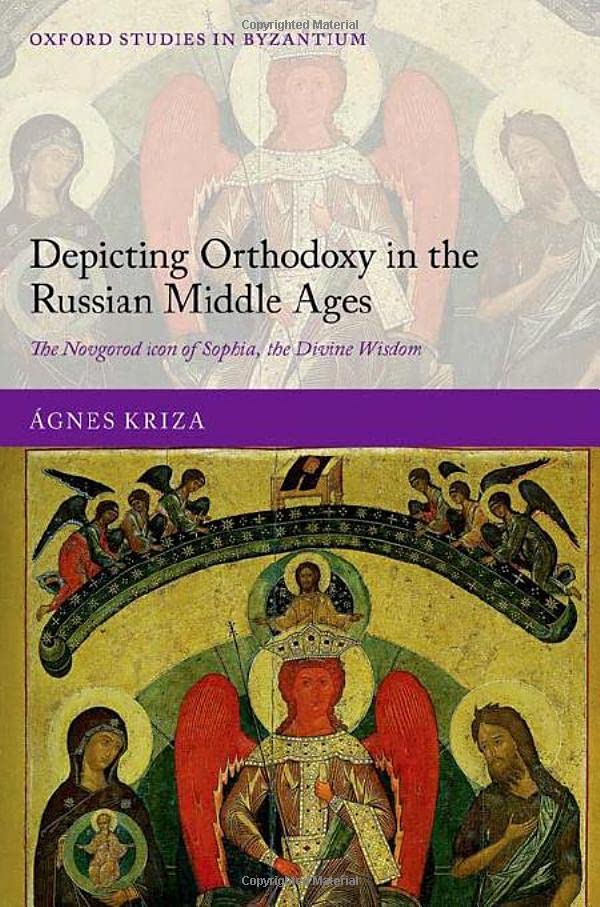 Depicting Orthodoxy in the Russian Middle Ages: The Novgorod Icon of Sophia, the Divine Wisdom
by Ágnes Kriza author
Oxford University
The image of Divine Wisdom, traditionally associated with the Sophia Cathedral in Novgorod, is an innovation of the fifteenth century. The icon represents the winged, royal, red-faced Sophia flanked by the Mother of God and John the Baptist. Although the image has a contemporaneous commentary, and although it exercised a profound influence on Russian cultural history, its meaning, together with the dating and localisation of the first appearance of the iconography, has remained an art-historical conundrum. By exploring the message, roots, function, and historical context of the creation of the first, most emblematic and enigmatic Russian allegorical iconography, Depicting Orthodoxy in the Russian Middle Ages deciphers the meaning of this icon. In contrast to previous interpretations, Kriza argues that the winged Sophia is the personification of the Orthodox Church. The Novgorod Wisdom icon represents the Church of Hagia Sophia, that is, Orthodoxy, as it was perceived in
fifteenth-century Rus. Depicting Orthodoxy asserts that the icon, together with its commentary, was a visual-textual response to the Union of Florence between the Catholic and Orthodox Churches, signed in 1439 but rejected by the Russians in 1441. This interpretation is based on detailed interdisciplinary research, drawing on philology, art history, theology, and history. Kriza's study challenges some key assumptions concerning the relevance of Church Schism of 1054, the polemics between the Greeks and the Latins about the bread of Eucharist, and the role of the Union of Florence in the history of Russian art. In particular, by studying both well- and lesser-known works of art alongside overlooked textual evidence, this volume investigates how the Christian Church and its true faith were defined and visualized in Rus and Byzantium throughout the centuries.
https://www.amazon.com/Depicting-Orthodoxy-Russian-Middle-Ages/dp/0198854307